Ways To know If Your Man Is a Husband Material 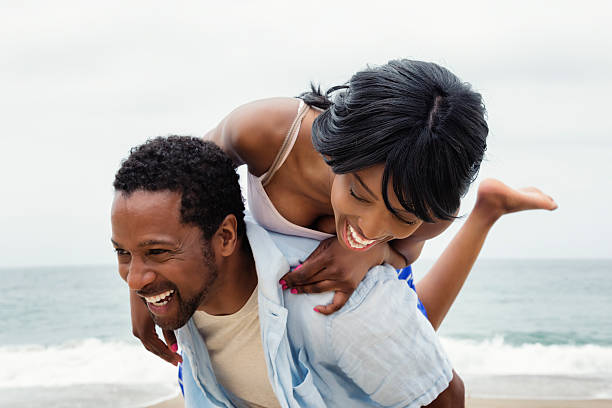 You can figure out if he is husband material by considering his level of respect, evaluating if you share common beliefs, and understanding if he truly makes you happy or not. If you’re currently single, there’s a chance you have a list of the important qualities you’re looking for in a man. Tall, dark, and handsome? Sure. But you know that in the grand scheme of things, a thrilling appearance is nowhere near the most important trait a man can have. If you’re ready to settle down and find true love.  here’s what will make him marriage material:

1. HE IS TRUSTWORTHY. It’s never a good feeling to doubt your dude. Honesty and trust is everything in a relationship. If he wants to hang out with his guy friends, you need to trust that he’s being truthful (and not actually out with his cute new coworker). Once you’ve established trust with each other, the rest of the relationship should just come naturally.

2. HE KNOWS HOW TO MAKE YOU LAUGH.Even if he cracks up at “Dad jokes”, being able to laugh and let loose over anything is a truly important characteristic that your man should have. The best guy avoids childish pranks, and can see the humor in everyday situations. It’s especially great if he can lighten the mood during stressful moments. When things seem dire, a good laugh is often hard to find.

3. HE KNOWS HOW TO MANAGE HIS FINANCES.Money is one of the number one things that couples fight about. You want a guy who isn’t afraid to spend  on occasion, but also knows that blowing his entire paycheck on video games is a bad idea. This guy knows that rent and utilities are a higher priority than fancy dinners and pricey new clothes.

4. HE IS A FAMILY MAN. Whether or not the two of you decide to have children or be child free is completely up to you, but you’ll want a guy who at least knows how to act around kids. He also won’t turn his nose up whenever your mom calls, since he knows how important it is to stay connected to family.

5. HE IS GOT A SENSE OF ADVENTURE.We all have weekends where we feel a little too attached to the couch, but in the grand scheme of things, your ideal guy won’t be afraid to go outside and have an adventure with you. He wants to experience as much as he can, and has no fear of exploring the unknown.

7. HE TRULY APPRECIATES YOUR QUIRKS.Nobody’s perfect. Everyone has that one weird flaw that is hopefully cute and not terrifying. Your ideal guy will accept you just as you are, and won’t try to change you. In fact, maybe he was drawn to you based on that quirk.

8. HE ISN’T SOCIAL MEDIA CRAZY.You get what I mean. He doesn’t spend hours checking his Facebook feed, and doesn’t craft events with you just for the Instagram photo. He likes spending time with you, and realizes that not everything is a photo opportunity to share with the world.

9. HE’S GOT A GRAND PLAN FOR HIS LIFE.It’s not too healthy to have everything planned by the year, but a guy who has a general rough draft of where he sees himself in a few years is a guy who doesn’t  just coast through life. He’s thought ahead, and has visions of where he’d be happiest, as well as direction on how to get there.

10. HE INSPIRES YOU TO BE A BETTER PERSON.This one is super important. You want to be with someone who makes you strive to be the best version of you that you can be. He’ll never outwardly say that you should change, but you’ll evolve naturally due to the fact that he believes in you. The best relationships help us mature into well-rounded, happy individuals.

Previous Posts Things Every Lady Should Do Before Getting Married
Next Posts HELP!!! My Business Is Dying