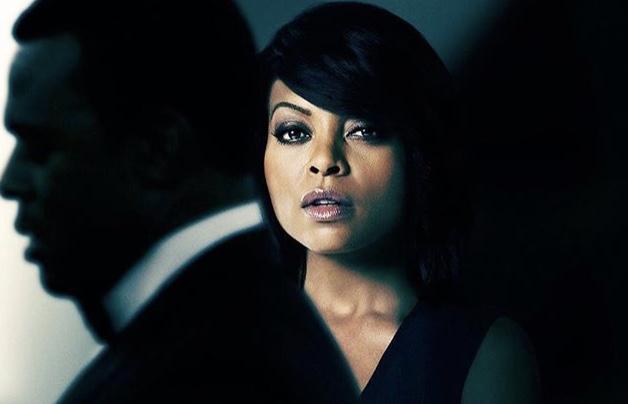 Taraji P. Henson plays a woman determined to get revenge on the husband she thinks betrayed her in Tyler Perry’s thriller.

It may be hard to believe, but Tyler Perry’s dramatic movies are actually worse than his comedies.

For evidence, look no further than Acrimony (or Tyler Perry’s Acrimony, if you care to indulge the branding), which could be considered a psychological thriller except for the fact that none of the psychology rings true and there are absolutely no thrills. There are unintentional laughs, to be sure. In abundance. But the film is so ridiculously overwrought that it makes the Madea films look subtle by comparison. The filmmaker’s loyal fans will no doubt show up in droves, but if the audience’s cackling at a public screening is any indication, word of mouth will be less than stellar.

What even’s worse is that the writer-director has now achieved something that would previously have been considered unthinkable: He’s actually gotten a bad performance out of Taraji P. Henson. Not just bad, but Razzie Award bad. Both she and Perry (who recently won worst actress honors for last year’s Boo 2! A Madea Halloween) should start practicing their acceptance speeches now.

If there’s one quality that Henson projects in many of her performances, it’s fierceness. She gets to display that in spades with her starring turn as Melinda, who in the opening scene is being ordered by a judge to attend anger management counseling (and she hadn’t even seen this movie yet). The title then appears in the opening credits, followed by a helpful onscreen definition for those who either don’t know or haven’t yet taken the trouble to Google it.

As the clearly aggrieved Melinda relates her story to the shrink, the story flashes back to the early days of her relationship with Robert (Antonio Madison, playing the younger version of the character), whom she meets when they’re both in college. The young Melinda (Aijona Alexus, who seems to be making a career out of playing Henson’s younger self, as she assumes the same responsibility in Empire) quickly falls for the handsome and charming Robert, although she resents him taking her virginity while she’s still grieving the death of her mother. But she finds it hard to resist, especially when he puts on a record by Nina Simone and tells her, “Her voice is like going to church.”

The couple’s relationship hits a considerable speed bump when Melinda catches Robert cheating on her and she retaliates by ramming his RV with her car. But it’s Melinda who comes out the worse for wear, suffering injuries that leave her unable to bear children.

Despite the loud objections of her sisters who accuse Robert of being a shameless gold digger, Melinda agrees to marry him even though he’s impoverished. She works two jobs to support them as he works endlessly on his design of a rechargeable battery that he says will revolutionize technology. When it’s finished, he assures her, he’ll buy her a diamond ring, a yacht and everything else she desires.

Cut to years later, when the older Robert (Lyriq Bent) is unable to even get a meeting with Prescott Industries, apparently the only company in the world that might be interested in such an invention. Melinda becomes increasingly angry and frustrated over their living conditions. She finally she asks him for a divorce, but only after a series of plot machinations so patently ridiculous that even relating them feels onerous.

Not long after, Robert strikes it rich and, as icing on the poisonous cake, gets back together with Diana (Crystle Stewart), the woman with whom he had his dalliance years earlier and who now happens to be, you guessed it, working for Prescott Industries. And that’s when Melinda goes seriously crazy. We’re talking crazy to a degree that would make Glenn Close’s Alex in Fatal Attraction go, “Too much.”

“You know me, you know I can be the motherfucking devil,” Melinda hisses to Robert at one point, in an example of the dialogue so ripe it immediately starts to rot. But the character’s profanity-filled threats aren’t nearly as ridiculous as when she performs what can only be described as a war dance.

Henson is a compelling screen presence, even in this. But as talented as she is, she’s unable to overcome the utter ludicrousness of the proceedings. So, you can imagine how the other members of the ensemble fare, which is not at all well.

Perry has directed more than 20 films in his amazingly successful career, and yet seems incapable of improving. This latest effort is the sort of hackwork that wouldn’t have passed muster decades ago as the bottom half of a B-movie double bill. The technical aspects are atrocious, from the ugly cinematography to the treacly piano music underscoring every dramatic moment. The story supposedly takes place in Pittsburgh, but it’s immediately apparent that the actors never left the confines of the filmmaker’s Atlanta studio. Not even for the absurd climactic sequence, taking place on a boat, that defines cheesy. And in keeping with the film’s ethos, here’s a definition. Cheesy: tacky, cheap, tawdry, corny.

Why You Should Give Your Goals a 10 years Plan